The Bootmaker’s Shop was built prior to 1877 and is a part of the Ned Kelly story. Owned at the time of the Kelly period in Benalla, by The bootmaker, Robert John King. It was Robert John King who helped assisted the police to recapture Ned when Ned attempted to flee from the police who were escorting him to the old Benalla Courthouse.

Ned Kelly town tours are conducted by Benalla Tours www.benallatours.com.au and check out www.visitbenalla.com.au for places to see, stay and eat. Call us on 0447343439 if you need information around your next visit to Benalla. 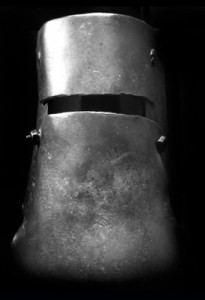 The incident at the Bootmaker's Shop

1877 - Ned Kelly is arrested on charges of being drunk and with having ridden his horse across a footpath. Ned asserted that his liquor had been drugged, and vehemently protested against being charged with drunkenness. When he was being brought next morning from the lockup to the Court House, he escaped from the constable in charge of him, and took refuge in the shop of King the Bootmaker. He was pursued by the Sergeant and three constables, who with the assistance of the bootmaker, tried to handcuff him. A fierce fight ensued, the odds being five to one – four policeman and the bootmaker against Ned Kelly. In the fight Ned Kelly’s trousers were literally torn from him. Constable Lonigan, taking advantage of the torn garment, seized him by the privates and inflicted terrible torture on his victim.

While suffering the pangs of this terrible torture. Ned Kelly cried out: “If ever I shoot a man, Lonigan, you will be the first”.

(Excerpt “The Inner History of the Kelly Gang” – JJ Kenneally)

Lonigan a member of the police party hunting the Kellys in the Wombat Ranges, became the first fatality in the shoot-out on the 26th October 1878, which became know as the Stringybark Incident. Constable Lonigan had just enough time to utter his last words, “My God, I’m shot”. Discovering his victim to be Lonigan, Ned’s regret was short lived. An old score had been settled. 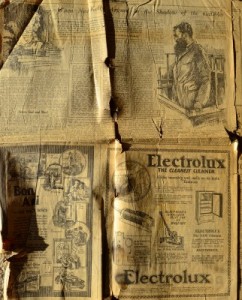