Anne, Beth and Linsday are the people behind the Bootmaker's Shop. This family run business came from a passion for home baking, history and engaging with people.

We had been looking for a building that best defined the concept we were trying to achieve. The Bootmaker's Shop was always coming back to the top of our list.

Having been vacant for around 20 years the idea of bringing life back into the space made the project even more appealing.  The connection to Ned Kelly and the historical aspects of the building were pieces of the jigsaw that completed the picture.

And so the story goes... 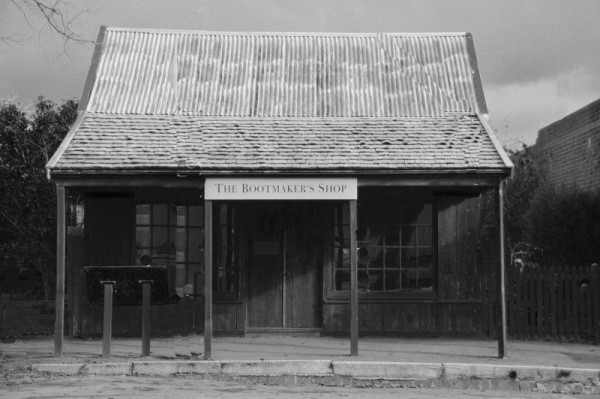 A potted history of The Bootmaker’s Shop

1877 - Built sometime before 1877, the original shop was constructed from a solid red gum morticed frame.  Robert John King and then Jack Briggs occupied the shop and It operated as a bootmaker and saddler’s shop until 1929.

1929-1988 - In 1929 the building was bought by Roy Stewart, who opened a barber’s shop.  Ned Kelly’s brother Jim was a regular customer and often had his hair cut by Roy.  During his time at the shop, Roy became involved in a dispute with the council over the shingle roof.  Roy received a letter about veranda removals taking place about the town.  Rather than be told what to do by council, Roy pulled off the shingles and burnt them himself.  He later learned that the removal wasn’t required, but it was too late.  Roy retired in 1971 and the shop became a workshop for his love of woodwork.  Roy died in 1987 and Mrs Stewart died in 1988 when the shop was put up for sale.

1988-1999 - Once again changing owners, the shop was bought by David Moore and Helen Foster.  Without a heritage listing, David wanted to prevent the shop from being eventually torn down and a piece of history lost.  At the time the shop was in a state of disrepair.  It was carefully and lovingly restored, in consultation with a historian.  The controversial shingle veranda was recreated, and the shop became King’s Fine Wares.  For 10 years it operated as an antiques, memorabilia, jewellery and art wares shop before closing its doors in 1999.

2019 - After 20 years, the little shop would open its doors again, this time as a tea rooms and gift shop.  The Bootmaker’s Shop, as it is today, was opened in July 2019 by Linsday, Anne and Beth as a family run business.